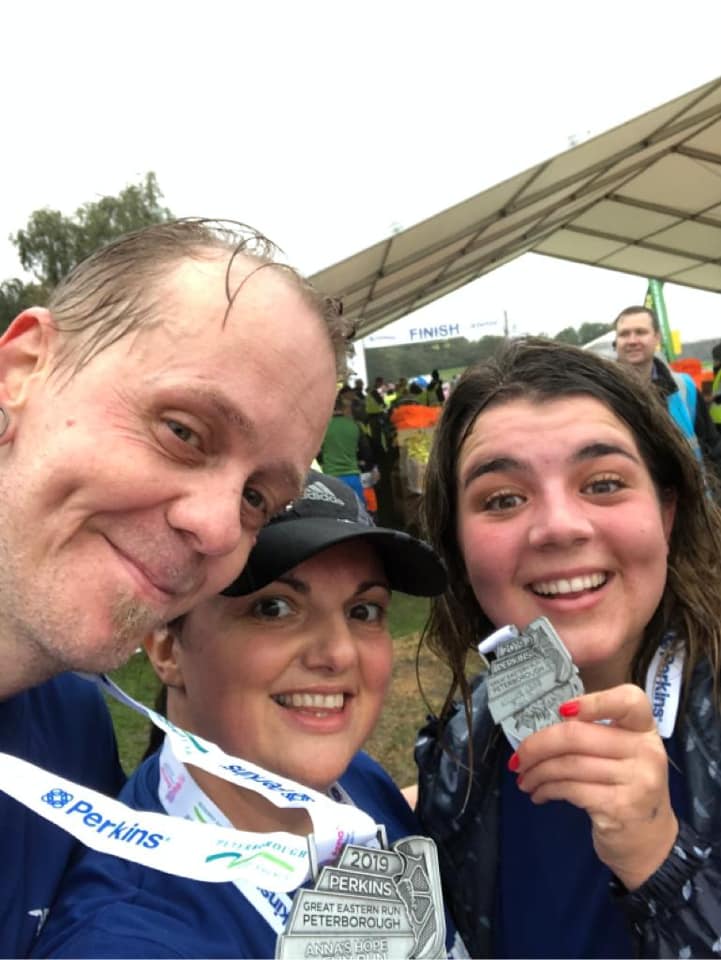 Hello, my name’s Lauren and I joined the team at Light Project Peterborough last summer as a project worker. I previously worked at Care Zone and then spent nine months at a charity in America that helps people who are homeless and people who struggle with addictions. My friend saw that there was an opportunity to join the LPP team and it seemed like a great fit and I was excited for the new challenge.

I love the family feel of the Garden House, the staff, volunteers, partners and guests are all amazing and it’s a privilege to be part of the work this project does.

It’s been amazing to see people’s journeys and to see them change so much from when they first walk through the doors.We had a guy called Andy who came in for some help as he had recently been made homeless, was rough sleeping and had been assaulted. As a team we gave him numbers of local hostels to see if there was any availability. He was also struggling with his mental health and trying to not go back to his previous addictions. I got to pray for him and asked God to remove the urges he had for using and to provide him with somewhere to stay. Andy returned the next day and was totally amazed that our prayers had been answered. One of his friends had a spare room they were renting out and wanted him to move in and Andy had not had any urges to use since we prayed. It is so amazing to see God moving in the lives of our guests.

Another great testimony is from a guest called Ryan. He came into the Garden House after rough sleeping for over five years. Through the work of the Garden House and partnerships with the council, we were able to get him into his own accommodation. He is now regularly at the Garden House, he works in the garden to make it a beautiful and welcoming place for other guests and is also around to help with other needs around the house.

A lady called Rachel came into the house who had been rough sleeping, she was put on the councils crash beds and later was offered a flat. We supported Rachel to go for an eye test and thanks to donations, we were able to buy her a pair of glasses. This meant she was no longer getting headaches and could do her job more efficiently. We also helped Rachel to get her passport which has opened many doors for her future.

We had a gentleman that come to the Garden House who was very shy and reserved. He had recently had a breakdown in his relationship and was forced to leave the home he shared with his wife and children. He then came onto the Peterborough Winter Night Shelter and has recently moved into his own flat. He is volunteering at a local charity and has just had a job offer. He often pops back into the house to let us know how he is getting on and thank us for the help we gave him, he also joined us during a time of praying over the house and other guests.

These are just a few stand out people who we have helped recently at the Garden House. It really is a privilege to be part of this place and the life changing work that happens here.

In the future I would love to see us have some form of supported housing for people who are rough sleeping to help them succeed in their housing journey.

NB: Names have been changed for the privacy and confidentiality of the guests.

One Off Gift
Regular Gift

We all had a lovely time on Saturday being taught

We are really desperate for food donations for peo

Gregor (pictured, left) has been in one of the acc

Amazing team from Bennetts who slept out last nigh

Amazing young people who slept out last night to r

The lovely Virginia helped to build our new greenh

Our food cupboards are empty and we are desperate

Yesterday, a few people from our User Voice Group

Not being able to get a job meant Artus sadly foun

Great to meet Peterborough's Youth Council this we

Massive thank you to the lovely Sarah and @kgyoung

“The staff and volunteers at Light Project Peter