To enable and equip the church and community to heal the broken-hearted, set free the oppressed, and bring good news to the poor.

At Light Project Peterborough, we are here to serve those in need in Peterborough. We are the voice of the vulnerable and we run a range of coordinated projects that help and support people.

We value partnership and unity, and work alongside and support church communities, civic powers, and community groups to bring about real social change.

We live in a rich and vibrant city but there are some who are in desperate trouble.

By working together, we strive to help those in need find hope, peace and stability. 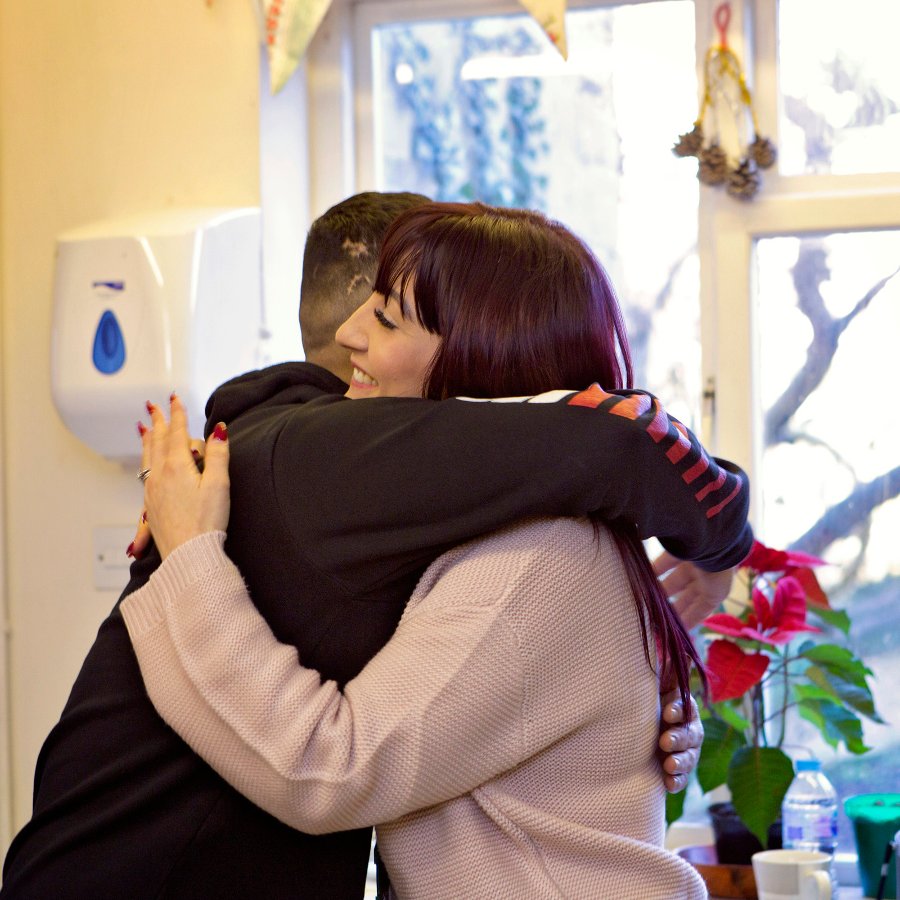 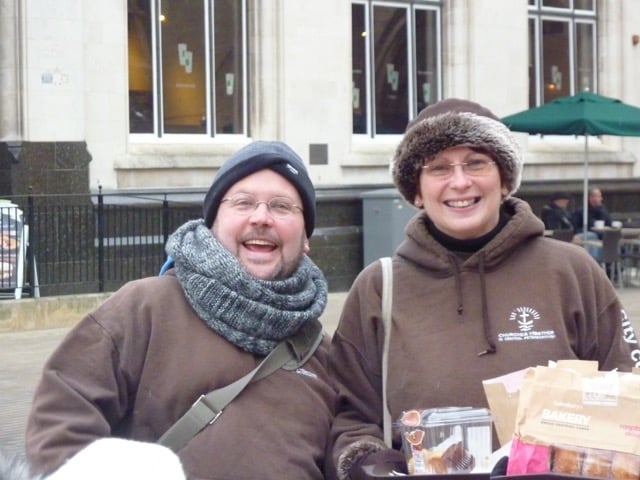 In 2009, Baptist minister Chris Duffett started working with the churches in Peterborough to reveal the love of Jesus to shoppers in the city centre. In partnership with ‘Churches Together in Central Peterborough’, a small group of city centre chaplains were formed.

This exciting and inspirational work received a warm welcome from many in the city, continued to grow, and the charity Light Project Peterborough was formally registered with the Charity Commission in 2015.

This has lead onto exciting projects such as the Peterborough Winter Night Shelter and The Garden House day centre for the homeless and with 2019 seeing the 10 year anniversary of our work, Light Project Peterborough has become a well-respected and loved charity by many across the Peterborough area.

Since retiring from teaching and senior positions in the UK education service Chris has been supporting community initiatives and groups such as a being a member of his village Parish Council, the village Almshouses Trustees, being a member of the Parochial Church Council and Chair of the village Twinning Association. Chris is also a secondary school governor. His ‘passion’ in life is as a Trustee of Light Project Peterborough and the care of and support for the homeless and rough sleepers in Peterborough. Most recently he was appointed the Chair of Trustees.

Ann Green, MA, CIPD, is a former Executive Director of HR in the NHS and HR Director in both the Independent and Charity Healthcare sectors in the UK. Ann has previously chaired “Jeans for Genes”; The Lord Chancellor’s Advisory Committee for North Cambridgeshire; and “The Well” Counselling Charity in Peterborough. She currently Chairs her local Patient Group; is a member of the Cambridgeshire and Peterborough CCG’s Patient Reference Group and was recently appointed Vice Chair of Light Project Peterborough. Ann has worked as a Spiritual Director for the Diocese of Peterborough since 2014.

Lizzy is an artist, fundraiser and film maker. She has over 20 years’ experience in the charity sector, and now works with organisations as a consultant to help them tell their stories, increase engagement and raise the money they need to see real change in people’s lives. Lizzy works collaboratively with not for profit organisations to develop fundraising strategy and creative campaigns including content creation, messaging and essential infrastructure in order to grow income. In recent years Lizzy has developed and led high-profile fundraising campaigns including record-breaking UK Aid Match campaigns. Lizzy is passionate about creative storytelling through mobile film making, art and animation to create meaningful and authentic engagement for supporters.

Sheila is a founder Trustee of Light Project Peterborough and has seen the Charity flourish from its embryonic stage to what it is today. She has been a Street Pastor and LPP City Centre Chaplain serving the needs of People in the Peterborough City Centre and is also a Trustee of CROPS, which provides educational and pastoral Resources to Peterborough Secondary Schools. Sheila has also been a mentor to vulnerable and disaffected secondary school students, a prison visitor. A member of Haddon Church PCC and currently the Church Treasurer. Since the charitable work began, Sheila has also been involved with the LPP Peterborough Winter Night Shelter for homeless at St Mary Magdelene Church (Stilton).

Mark has lived and worked in Peterborough for the majority of his life. He is a qualified accountant and is a partner in a firm of accountants. Mark’s work includes providing audit services, accountancy and tax advice to a variety of organisations including owner managed businesses, charities and academy schools. He has hosted a charities conference locally for a number of years bringing together many charities across the city.

Mark is a member and trustee of Park Road Baptist Church and helps lead some of the work with children and young people there. He is also a trustee (and treasurer) of Churches Together in Central Peterborough, which brings together 7 of our city centre churches to work alongside each other and other agencies in the city, working with the local community.

Paul first came to know about Light Project Peterborough as a service user to the Garden House just after it opened in October 2018. Paul grew up in Peterborough, has been homeless and has suffered life threatening illness. He brings a ‘lived experience’ to the board of trustees.

Paul tells us “An amazing team of both staff and volunteers helped me find peace, faith in others and hope in rebuilding my life from the ground up. By February 2019 I was asked to volunteer at the Garden House, which was such a turning point in my life, being given a chance to help others was such a massive boost to my self worth and confidence. I love Light Project Peterborough enormously, the staff and volunteers I got to work with daily changed my life completely. I am now so honoured to be helping others as a trustee, God bless you all.”

Tim was ordained in Hereford in 1988 and served his curacy; from there he became a Team Vicar in the Ross-on-Wye Team Ministry with responsibility for four very rural parishes. After just over seven very happy years Tim and his family moved to Soham where they spent fifteen years. During his time in Soham, the parish was thrown into the media limelight with the murder of the two school girls. He was awarded an MBE in recognition of his ‘service to the community’. Tim moved to Peterborough in 2015 to take up a role as Chaplain to the Bishop of Peterborough and residentiary canon at the Cathedral. From January 2022 Tim has been full-time Canon Pastor and Vice Dean at the Cathedral.

Many have partnered with and supported our work over the years, seeing the lives of many people transformed. If you would like to know more or get involved please sign up to our newsletter below or contact us here.

One Off Gift
Regular Gift

Evaldas has always worked, whether in factories, w

We continue to see many people coming for us for h

We have been working with Valerijs for a number of

We need some people to come and join our wonderful

A great volunteer and supporter BBQ this weekend.

Massive thank you to Glyn and Phil from Interblock

What a team! Thank you so much to some great folks

We had a lovely family BBQ today at the Garden Hou

We all had a lovely time on Saturday being taught

We are really desperate for food donations for peo

Gregor (pictured, left) has been in one of the acc

Amazing team from Bennetts who slept out last nigh

Amazing young people who slept out last night to r